Time and Perspective in Mediation 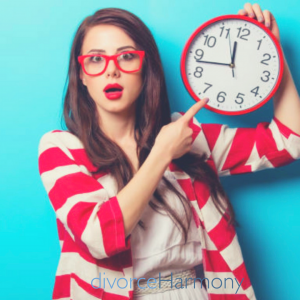 Time: In one of my earlier mediation cases, the couple was finding it difficult to impossible to move forward in the negotiation process. It seemed as though they couldn’t agree on anything. One of the parties was visibly angry. She felt the divorce was “sprung” on her and she clearly would have rather been anywhere else in the entire world then in that mediation. We eventually put together a wonderful settlement agreement and both parties were thrilled. How did we get there? TIME!

The unhappy party could not concentrate on the issues at hand in the mediation. Her understandable emotions of being scared and anxious from this new life changing event in her life were preventing her from really listening to what we were supposed to be doing in the mediation. There was no focus. We took a month break and in that time the couples had some individual counseling and really took the time to think about the practical issues in their divorce while taking the emotion out of it.

When the decision was made to divorce, they jumped in to the mediation not two weeks after. It’s understandable that once the decision to divorce is made, they just want to get it done, or at least one of the parties. Sometimes this works. But often times there are complications and diving straight in is not the answer. Feelings are raw and one party may not really want the divorce or hasn’t processed it yet like my example above.

That’s why it’s vital to choose the right mediator who has the sense to know if you and your ex are ready for mediation.   Once we gave this couple a cooling off period, the angry party was in a completely different mindset. She was ready to make decisions and come to a resolution. It’s cliche, but time really does heal all wounds!

When you have a consult with divorceharmony.com, we make sure both parties are ready and prepared before starting the mediation.

Divorce Harmony provides mediation and coaching by a licensed attorney and certified mediator and sees your case through to the end after drafting and filing your divorce papers. Our clients don’t go to court.

Categories
CONNECT WITH US
GET IN TOUCH

Divorce Harmony provides mediation and coaching by a licensed attorney and certified mediator and sees your case through to the end after drafting and filing your divorce papers. Our clients don’t go to court.